The debate around Facebook advertising is usually placed from the position of the positive; i.e. what benefits will my enterprise receive from venturing down this path? The social media giant performs well enough advancing their own cause, but few operators take time to see this issue from the other end of the spectrum: just what are we missing out on by not engaging with Facebook? 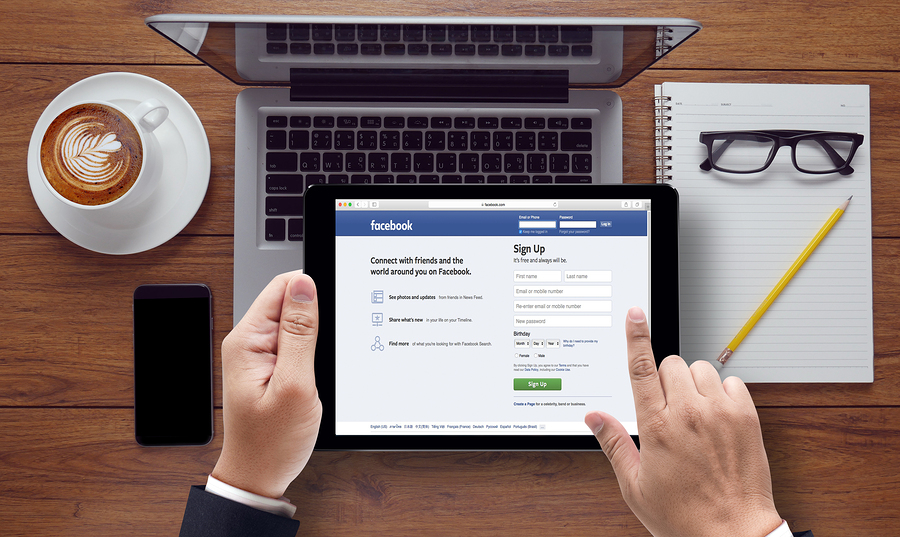 Running your business without reaching out to Facebook is a waste of potential! Photo: Onephoto, Bigstock

There is a disparity that takes place between age groups of marketers, as much as we might not want to admit it. Baby Boomers by their very nature have been loyal to the traditional mode of face-to-face, talking and physical print modes of promoting a message. That is not a criticism nor is it even a failing philosophy – it many respects it still works if implemented correctly.

The younger generations immediately recognise the power of Facebook marketing because it is apart of their daily behaviour. The timeline is the same as the hourly radio news bulletin or the front page of the paper. The site is part of their ritual and they happen to engage with brands marketing their products and services on this hub.

Challenges arise today when billboard space is at a premium, newspapers are losing their subscriptions and consumers consistently put up a brick wall when cold calls are made to their devices. This is the reality of the situation, pointing a direct pathway towards the community of Facebook.

External marketing endeavours still have their currency as most companies will oversee a variety of campaigns to score as many impressions as possible. Yet it is clear from the case studies that have been studied how vital a social media presence can be to streamline content and ensure that a major marketplace is not neglected due to ignorance, stubbornness or simply an inability to change and adapt.

So in that spirit, let us discuss what a business will be missing out on by ignoring Facebook.

Contents hide
Failing to fish where the fish are
Missing out on Facebook software tools
Other alternatives costlier
Reviews and referral boost
Falling into a common trap
Avoiding a local footprint
Conclusion
Related posts:

Failing to fish where the fish are

The platform clearly has a reach that is almost unparalleled compared to their compatriots. At the turn of the year, their 15 million active monthly users domestically is only matched by YouTube as Instagram (9 million), LinkedIn (4.2 million), Twitter (3 million), Google+ (60,000) and Pinterest (290,000) are all playing catch up.

This trend will only be heading north in the next few years with the 17.35 million smartphone users domestically forecasted to hit 19.27 million by the year 2022. The rise in Facebook numbers are not isolated from mobile figures, seeing social media apps playing a headline role in the need to be tapped in and connected on an hourly basis.

Put aside the issue of society’s addiction to social media and the need to have a smartphone on hand at all times – that is a discussion for another time. If you are running a business or charged with improving the marketing reach and boosting the balance sheet of an enterprise, then there are millions of users waiting in one location. 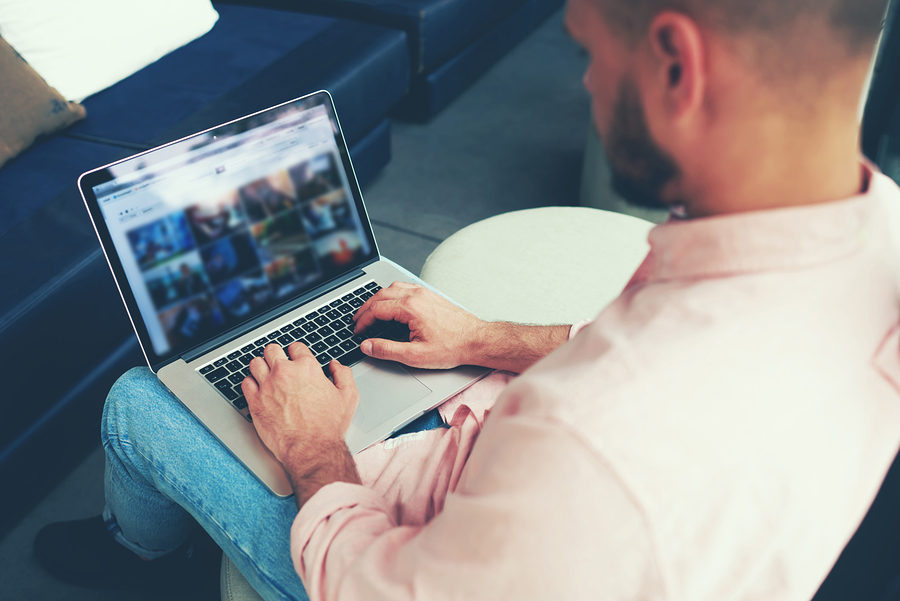 Needless to say the desire of brands who want to market not just to general areas but surgically precise postcodes is paramount. There is no point for a beautician based in Manly in Sydney’s Northern Beaches for example to try and bring in customers from the far west in Penrith.

Broad strokes of commercials simply fail to capitalise on the potential and cut-through of individual campaigns. Geo-targeting is simply one aspect that must be taken into consideration and this social media platform has a solution on hand.

Breaking down this data to the small details is incredibly valuable for businesses to engage with. A company can discover that their preconceptions on a product that was catered to the 35-50 market might prove to be more popular with the 50-60 category. Likewise a campaign that was designed to target the Southerland Shire could be better received on the South Coast in Wollongong.

Very few traditional marketing services offer this degree of insight and even those online portals that do go down this path, most of this information is either privileged or expensive to access.

By overlooking Facebook’s remarkable capacity to deliver up-to-date and precise data analytics, businesses are missing out on holding the information that can shape their future messages. As we mentioned earlier, there is a need to change and adapt to the modern landscape and it is through these software tools that allows the smartest of operators to gain a leg up on the competition.

Every decision made within a brand’s marketing operation comes down to the return on investment (ROI). In other words – what can we gain as a business from the investment that we outlay at this very moment? Will the reach be big enough, will it be targeted to the right demographics and how quickly or otherwise is the call to action (CTA) achieved?

A Facebook page can be established in a matter of seconds and uploading content can be done instantaneously. The only cost involved in this production is a human one, although paid commercials are available to increase the reach and hasten the visibility.

Consider this $0 opening to have a presence on a site that sees more than 1 billion users globally per day. From newspaper and radio spots to television commercials, Yellow Pages, flyers, billboards and joining networking events – the numbers always end up favouring a digital approach. That then ties into Facebook. 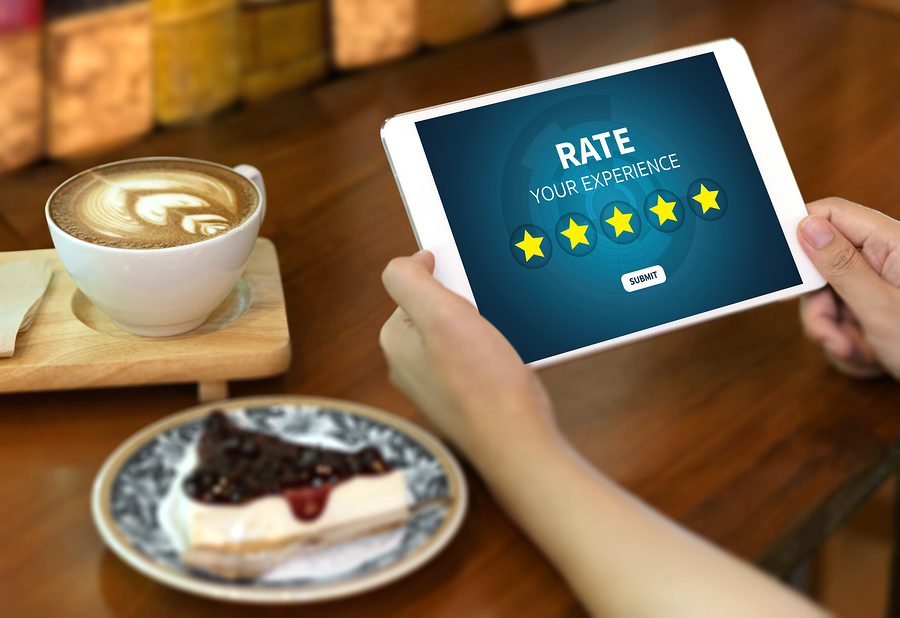 Facebook is a powerful place for user generated reviews that really help you business! Photo: Onephoto

One of the major factors that enhances an online profile of a business is the review element. Quantity matters, but so does quality and it is through these ratings out of 5 and the comments left that can really play into an organic growth taking place.

People might struggle to trust other people in real life as they are just considered strangers, yet in the digital world this is quite different. There is almost an affinity that occurs because there is an inherent understanding that we are all part of the global economy and passing on a 4 or 5 star review is an indication that this brand can be trusted on service and quality.

There is a strong search engine optimisation (SEO) element at play with reviews as well, offering a much needed injection into a brand’s search engine ranking on Google and Bing. By opting out of Facebook and the feedback that can be garnered from consumers, a company is left invalidated to be attempting to promote testimonials that are crafted in-house and far less trusted by the general public.

Falling into a common trap

Are you thinking that Facebook is too complex and all of your competitors are streets ahead of anything you could achieve? Needless to say, that negative mindset is far more widely held than you would believe.

According to the statistics of those who have run over the numbers, just 42% of marketers admit that they can measure their social activities. 60% of small business owners are unable to track their ROI from social media with 45% saying that their Facebook endeavours have been effective.

Do not read that and think the failing is with Facebook though because content consumption on the site rose by 57% between 2014 and 2016. The issue is not with those struggling, but with the strugglers unable to grasp the concept and make improvements on a failing strategy.

Needless to say that many businesses are in one of two categories:

Depending on your individual niche and circumstance, a simple and coherent Facebook campaign that is well executed can see your brand overtake the competition in quick time. 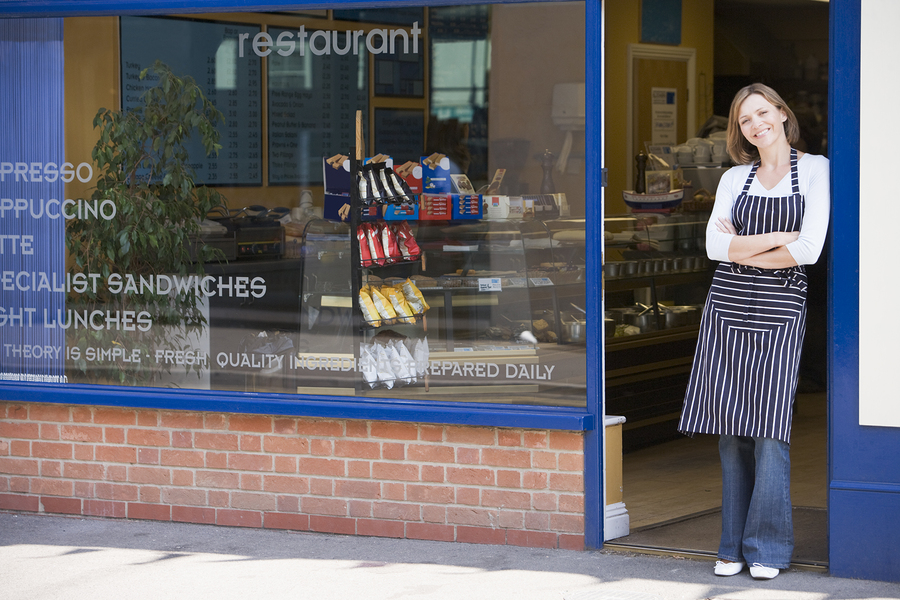 The local trust and community value of a small business is not lost on social media – it’s enhanced! Photo: Monkeybusinessimages, Bigstock

Having identified two major trends that have been taking place courtesy of the smartphone boom and the rise in social media numbers, there is one other factor at play. Given the capacity of markers to utilise key software tools to narrow down geographic locations, the ability to market on a local front has seen a back to the future shift occur.

The thinking that corner store shop fronts and township retailers were a thing of the past is inaccurate. If anything, this postcode physical presence is now a major asset in the digital sphere and particularly for Facebook.

By establishing a Facebook page, you have the capacity to craft a community of local consumers who are based in or around one area. Posts can be geo-locked to identify exactly where you are from and your brand can be intrinsically linked to a suburb or city.

There is a powerful SEO advantage to include this tool, but there is also the benefits that are scored from the user’s perspective. They can see that a landscaping service, sports store or restaurant forms part of the community and acts as an asset to the local economy. Partnerships and networks then become easier to form and momentum is built off the back of this inclusion.

From a series of standpoints, there is simply no logical argument not to have a presence on Facebook. The market size is there, the software tools provide an insight that is unmatched, it is cost efficient, gives an avenue for reviews, is a jump on the competition and enhances a local footprint.

Naturally there is a difference between Facebook marketers who just have a presence versus those who execute a strategy well. However, just the brand recognition alone and ability to craft content to a large populous is reason enough to be engaging with the social media giant.

Read ➡ Does your business actually need a social media account?