So you have reached the point of online marketing where you have stumbled upon two incredibly similar but vastly distinct concepts – paid vs. organic traffic. How can something be similar and distinct at the same time?

Well in this industry, the end objective is identical. No matter what angle you approach it from, the goal is to gain as much visibility, traction and click-through as humanly possible.

Yet this is where we hit a fork in the road as sites like Google, Facebook and others present your enterprise with one of two options. 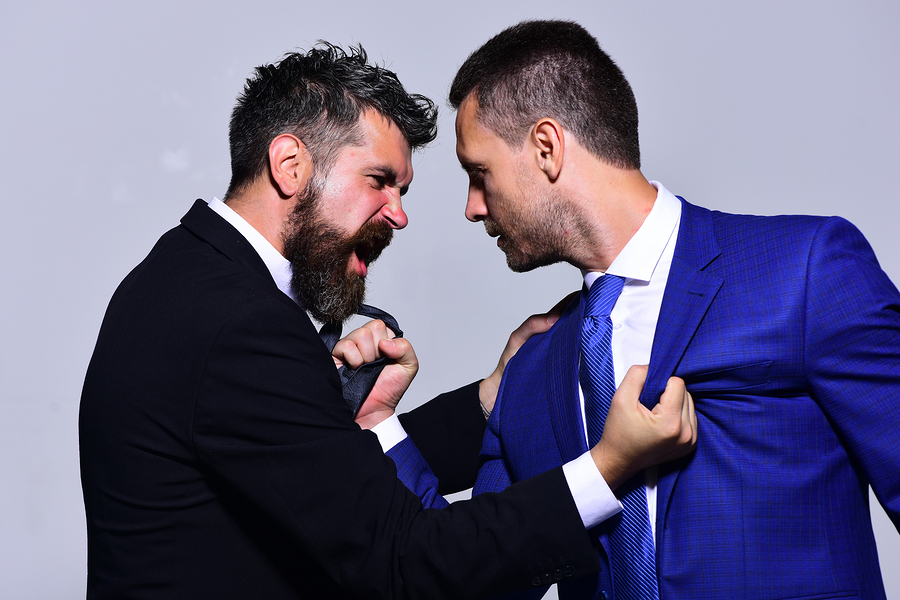 On one hand you will see a series of paid search options that essentially gives your brand a sugar hit of views. The money that you invest in these boxed advertisements are designed to flood the market with your message depending upon the financial scale you are prepared to part with. This operates as a basic transaction much like a poster, billboard or television spot, except this occurs in the online space.

If paid traffic is healthier for your short to medium term status, then the practice of organic traffic is what will establish your enterprise for months and years to come. Those who have studied the domain of search engine optimisation (SEO) will preach various processes and techniques that establishes a company’s status via multiple avenues. Paid search methods counter that philosophy to operate on one distinct platform exclusively.

So by taking away the preconceptions about both schools of thought, let us tackle this debate by weighing up the positives and negatives on each side of the fence. In one corner we have paid-for search marketing and on the other, organic. 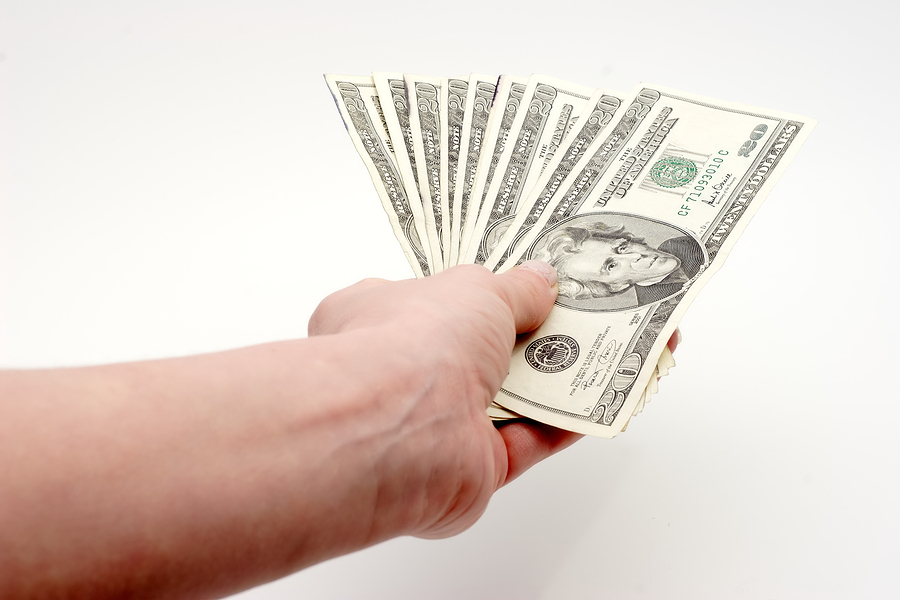 You get what you pay for! But is that traffic actually useful? Photo: Geom, Bigstock

We mentioned earlier that paid-for search marketing is akin to an online version of billboards and television spots. While that is the case by many metrics, there is one added advantage that a billboard simply cannot achieve – catering to a geo-specific market within a certain radius.

Should you happen to be starting from the ground floor with your online marketing venture, then a basic $7 advertisement spot on Facebook for a week’s run can generate anywhere between 100 to 10,000 views depending on the quality of the commercial.

Yet these views are not generic clicks that arrive from various interstate or overseas locations. Each spot enables a targeting tool to target an audience from one suburb or region, such as the Inner West of Sydney or Wollongong on the South Coast of NSW.

It isn’t only quick to design a paid-for campaign your end, but it is quick for the end user to receive that message as the industry experiences a boom. According to Google’s own statistics from Q1 in 2017, there was a staggering 53% rise in paid clicks on their platform, illustrating just how sexy an option it is right now.

This illustrates that the cutthroat domain of marketing has seen companies invest in the uptake before they look towards organic growth. The disposable nature of paid-for search traffic also ensures that there is nothing to drag the process by uploading, running and updating a campaign within days or hours.

The outstanding downside to paid-for search marketing is in the title. Keywords and niches will vary on cost depending on the nature of the competition, meaning that a standard advertisement in one space is considerably dearer if that market is flooded with businesses looking to get a cut of the action.

The other element that is in play here is the need to monitor your spend. Simply copying and pasting a paid-for advertisement from a week or month ago might affect how much you are investing in the campaign, placing some added stress on how you practice this activity.

However, while this is a discussion about the negatives for paid traffic – do not be sucked into the notion that paid-for search traffic is intrinsically more expensive than organic. This varies on the quality of execution because an employee or freelancer that takes months and years of investment to score that coveted number one Google spot is no guarantee, seeing a string of paid spots returning more in revenue within that timeframe.

Commercials by their very nature are annoying and intrusive. Brands have found ways and means of integrating their message through platforms that are less in-your-face such as short spots on popular podcasts, but there is an intrinsic distrust within the community to advertising.

No matter how you design the message on Google or Facebook, there is an understanding from most viewers that your post has been propped up artificially while intruding on their online experience. 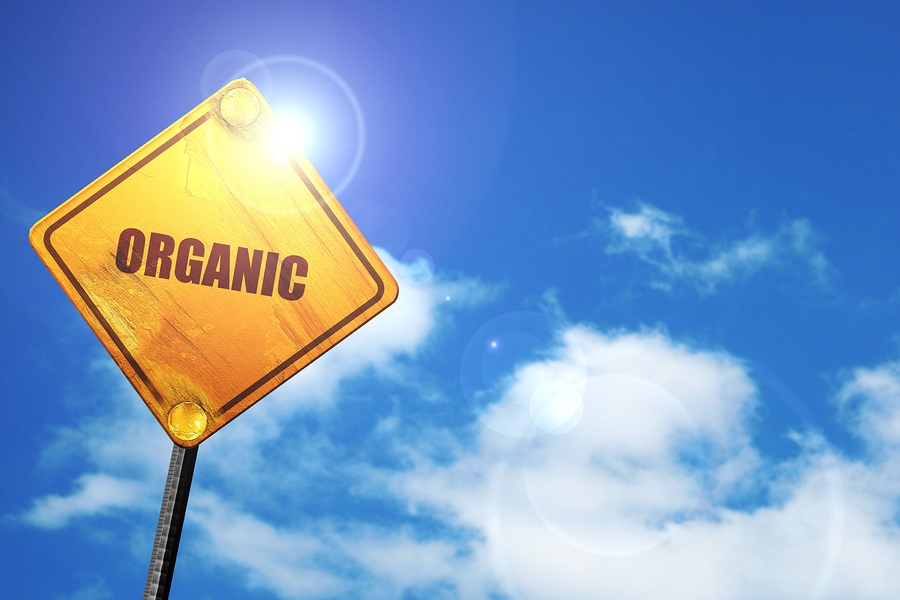 The SERP or “Search Engine Results Page” is the resulting list of URLs and links that pop up whenever you type a search into Google, Yahoo or Bing. Without getting bogged down into the minutia behind this science, there is a litany of algorithms and factors that will play a role into determining the order of this list.

These include a variety of On-Page and Off-Page SEO tactics such as:

By implementing these organic techniques that don’t require a simple transaction, your SERP will soar. This long-term investment pays for itself, seeing no less than 33% of the top search hit score the traffic with over 75% of traffic settling on the first page.

If the negative for paid search marketing is a lack of trust, then the opposite is true for the organic method. Take any example from any field of business – accountancies, groceries, plumbers, sports stores or universities – the top hits on the mainstream search engines will garner the majority of traffic.

Even if that trust is not outwardly acknowledged by people, there is a reliance on what we search on these platforms. A top URL link is convenient because the end user believes that the Google algorithm has placed it top of the rankings for a reason, and not because that brand has paid for the privilege.

When we say that organic search engine method to garner traffic is a long-term venture, we mean long-term. Simply implementing a couple of images, articles and keywords that tick the boxes won’t suddenly see a flood of newcomers click on your domain.

The common consensus is that the very first signs of progress from an organic standpoint can take anywhere between 3 to 6 months to come to fruition. For small to medium business owners, that is a luxury they cannot afford and in many cases, it is understandable to go down a different path.

Keyword research is a department all unto itself, requiring diligence and patience to achieve the best results possible. 5 to 10 years ago, the ability to jump out of the wilderness and rocket up the rankings was simple just by following a handful of basic principles, now that challenge has been amplified because enterprises can see how beneficial it is to their bottom line.

Having someone in-house to work as an employee on this practice is not a cheap exercise, but that is the investment it will take to score major dividends down the line. To have the nuance and understanding of Google’s SEO guidelines and translate that across to a website is not for amateurs to engage in.

This is where the paid-for option is easy because anyone can design a campaign that garners clicks and visibility. There is no need to be concerned about keyword optimisation or multimedia integration, just an advertisement box that is sent to the audience in question. 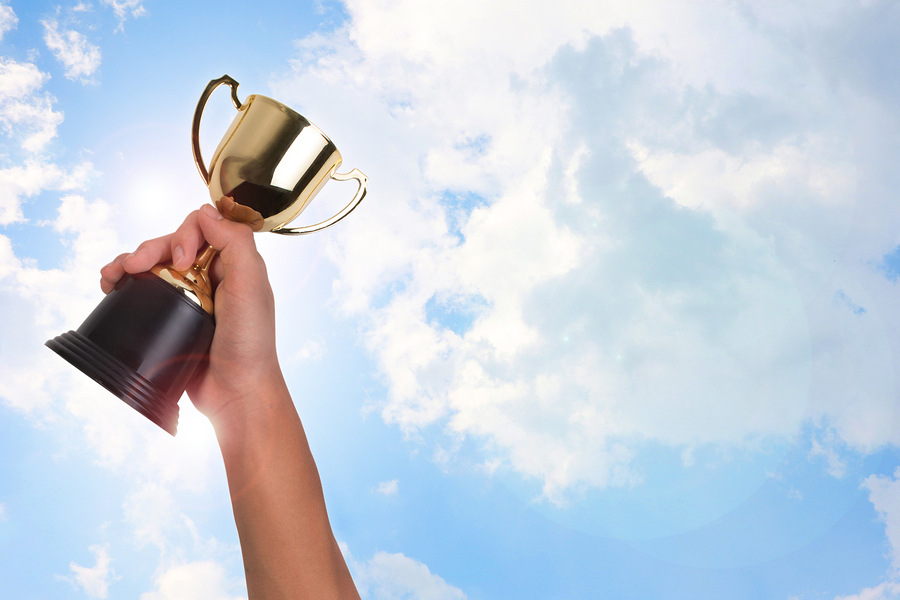 So you’ve read about the pros and cons of each – who won? Photo: Wittayayut, Bigstock

Having examined all the pro’s and con’s possible on each side of the divide, the deduction is quite simple to this scenario: organic SEO will champion paid SEO every time in a simple two horse race. Unless you are holding a one-off event, it is counterproductive to invest time and money into a marketing project that will disappear as quickly as it arrives. There is no residual benefit for either the end user or the host in isolation.

The genuine answer to this paid vs. organic battle however is that both techniques will work well in conjunction with each other if utilised properly. As marketing expert Rand Fishkin remarked in 2017: “search demand isn’t formed in a vacuum,” meaning that both worlds can and do co-exist with each other.

It must be noted though that a well-executed and target paid-for campaign will trump a sloppy and lagging organic strategy. You must judge either option by a clear qualitative measure to ensure that you are seeing a healthy return on investment (ROI).

The biggest brands on the planet will invest in both endeavours extensively because they understand that to achieve organic growth, they require an instant influx of views, clicks and purchases to gather momentum and build on that initial success.

If you are a marketer who will appreciate a degree of nuance and context, then it is recommended that you venture forward with a combination of paid traffic and organic traffic methods.

Should you want to deduce this scenario down to an “either/or” debate, then settle on organic. Your brand’s long-term visibility will be much healthier having been seen across different search engines combined with a stronger degree of trust from the user.

Read ➡ How To Properly Optimise Your Keywords