Google has just announced (on the 4th October 2017) a massive change to AdWords. Marketers, advertisers and the general public are slightly freaking out. If you don’t constantly have one eye on every little thing that Google does, that’s okay because we do! It is important you fully understand the change that has been made because it will have a significant impact on your AdWords campaign.

Okay, let us get you us get you up to speed with what Google has just announced! Basically they said that to assist AdWords marketers to reach their advertising goals, the campaign now can spend up to double the average daily budget which is set. 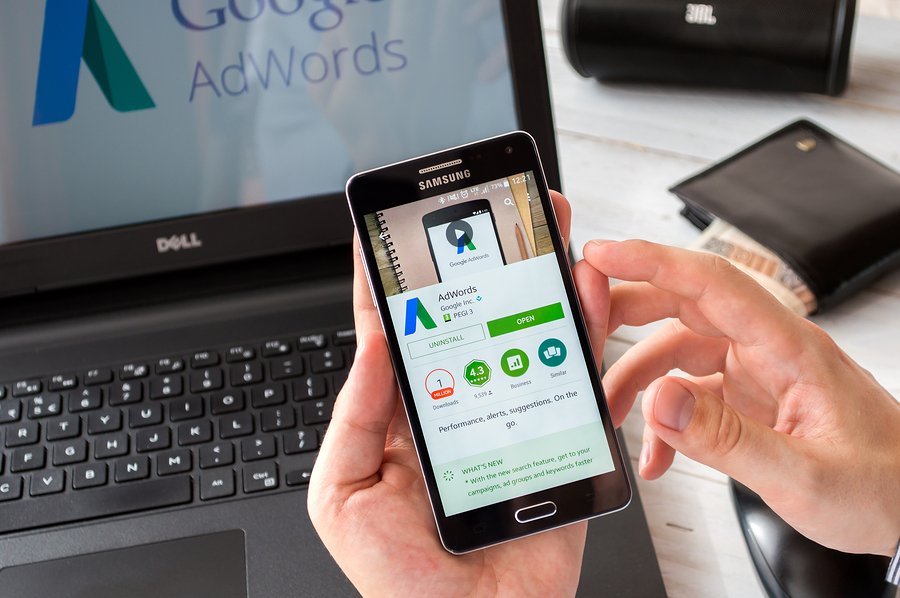 This announcement by Google will bring massive changes to AdWords.

Have a look at the actual Tweet from Google: 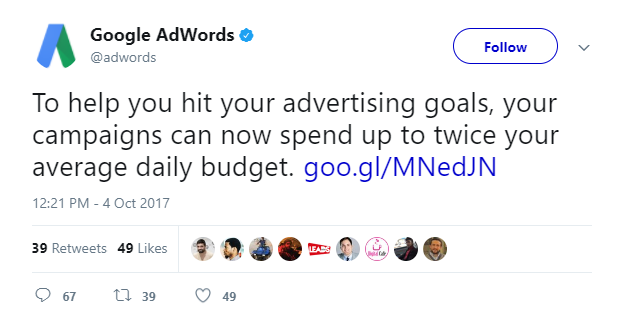 Why has Google made this change?

If you take a look at their website, Google has a fairly comprehensive answer as to why they felt this change was necessary. They explain this is all in the name of helping AdWords users reach their marketing goals; like conversions and clicks.

Let’s say that you have a day where there is a larger amount of quality traffic, you want to capitalise on this right? By allowing your daily budget to be doubled, this effectively allows for you to better capitalise. This double spending will be balanced out by the other days when traffic isn’t so high and so you don’t reach close to the budget you set.

Google has made it perfectly clear that users will not be charged an amount that is higher than the monthly figure limit you set. This is the number of days in any given month multiplied by the average daily budget set.

The search engine giant believes this will benefit users because they understand the flows of internet traffic. Some days are hot and some aren’t. They believe it is important to make the most of those days where your traffic is really on fire because there will always be some days when no one is interested and you see no traffic.

When there are days where traffic is low for the keywords you set, your ads will not show up as much. But Google promises to make up for this, and when traffic is high, your ads will be displayed much more often.

This is essentially the reason they are allowing up to two times more clicks in any given day on top of your daily budget. Google refers to this as overdelivery. It is important to keep in mind that over the course of a month, you will not go over your budget.

So what do people think about this change? 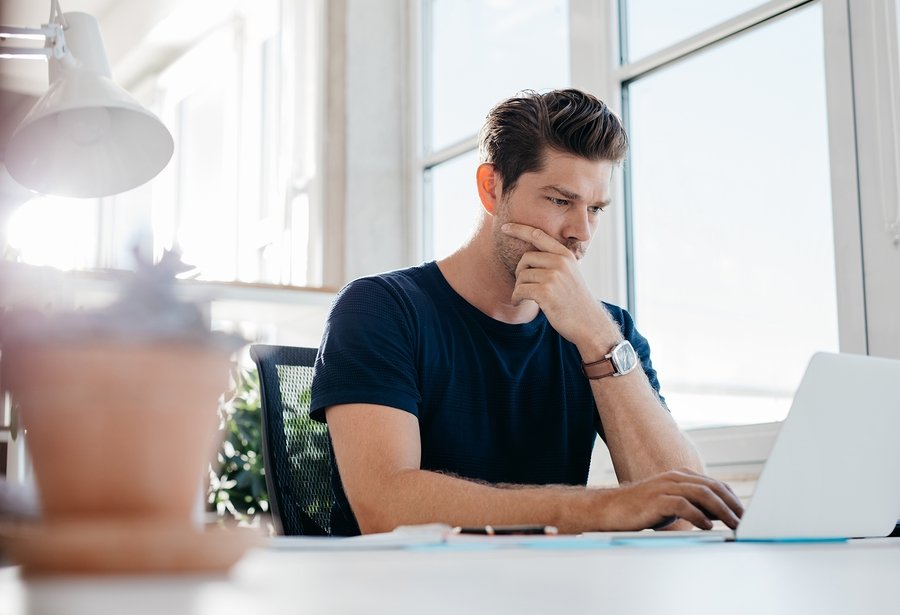 What has the reaction in the online community been?

Well, let’s just say the reactions aren’t too good. But why? This change isn’t going to cost marketers any more money than normal and on top of this, it may actually help them in their efforts to reach their goals on a more consistent basis.

This change by Google means that if an advertiser’s traffic is high at the beginning of the month, they will probably end up going over the daily budget at a faster rate than before. Advertisers could realistically end up spending their entire budget within the first half of the month and this would mean their ads will not show up at all for the rest of the month.

Now can you see why advertisers aren’t too happy?

But let’s take a step back and look at the bigger picture. If advertisers did end up double their daily budget in the early days of the month and ended up with nothing left for the end of the month, it means that the advertisers would have more than likely actually hit their AdWords goals.

It is easy to see both sides of the story and you should certainly make your own mind up about whether you like this idea or not. And before you make your decision it is important you are educated on this topic (which you now are thanks to this article!).

One Twitter thinks it is the most anti-advertiser changes ever made.

Evan Levy clearly isn’t too convinced on this new change. He thinks the change is anti-advertiser and could potentially be discouraging people from using AdWords in the future. It is also important to note that Google made this announcement and came into effect on the same day. This is something Google does quite often and it tends to rub people the wrong way.

Another user, Josh B., also makes this point explaining that he is surprised Google even told them about the change. He mentions the changes to AdWords including the 4th paid advertisement slot and the removal of right rail ads that Google didn’t well inform users about.

This user is quick to write about her feelings towards the change.

Another Twitter user, Julie Bacchini‏, was quick to voice her disapproval of the changes. Saying that there is a reason users set budgets. This change makes some advertisers think that Google believes the set budget is completely irrelevant and they are just doing whatever they want.

Many do not like the idea of running out of money for their campaign so early in the month.

Like many, Michelle M. is not happy with the fact that she could run out of her budget by the 15th of any given month. If an advertiser’s ad is not going to be displayed for essentially 15 or 16 days, this is enough to raise real concern and create high levels of resistance to this change.

Some users were quick to question any ulterior motives Google may be hiding.

This user isn’t happy at all and thinks it is shady for Google to be allowing for an increase in budgets. He thinks that Google isn’t doing this to help AdWords advertisers reach their goals, but instead this change is to help make Google more money. He believes that if advertisers want to increase their budgets, they can do it themselves, on their own terms.

This user clearly hates this latest change made by Google.

This Twitter user flat out admits he hates this AdWords change made by Google. He voices a valid opinion that many other advertisers have and it is that Google needs to stop trying to fix things that aren’t broken to start with. Many believe there was nothing wrong with the AdWords daily budget before and think that Google is making this change unnecessarily.

Let’s just say it was slim pickings out there to showcase some of the positive reactions to this change! It is safe to say that more people don’t like this change compared to the people that do like this change.

This Twitter users has a positive outlook on the new changes.

Twitter user Brett Dixon is siding with Google and explains that users will not actually end up going over the monthly budget. He doesn’t think that it is such a big change because AdWords has always allowed for an overspend of 20% of the daily budget.

And that’s it, we literally scrolled through all of the Twitter replies and that was the only positive reaction to this change (as of 6th October 2017). Google has probably got the message loud and clear from AdWords users. It will be interesting to see what they do as a response to all this negativity.

As you can clearly see this change is not liked by many. The resistance to change is high and many think there is some sort of ulterior motive behind the change (i.e. for Google to make more money). Many people are suggesting that this change simply be an option that users can either turn on or off as they please.

If the resistance to change becomes too high, a smart move by Google may be to give AdWords advertisers what they want and make this major change an option. It will be interesting to see in the next couple of weeks what others think of this change and whether or not they believe it is working to help them reach their goals.

At the end of the day, you are an adult and you can make your own decisions about whether you think this is a good idea or not. But remember, like it or not, this change is quite possibly here to stay so you must adjust your AdWords campaign accordingly.

Let us know what you think of these new changes implemented by Google in the comments below. Do you think Google will backtrack and reverse this decision, or even meet advertisers on middle ground and reach a compromise? We would love to hear what you have to say about this relevant topic that is certainly dividing marketers.

Google: Keep your URLs “for the long run”
7 Steps for the Best Website Layout
Facebook gives insight into the number of fake accounts on their platform
How to optimise your business online